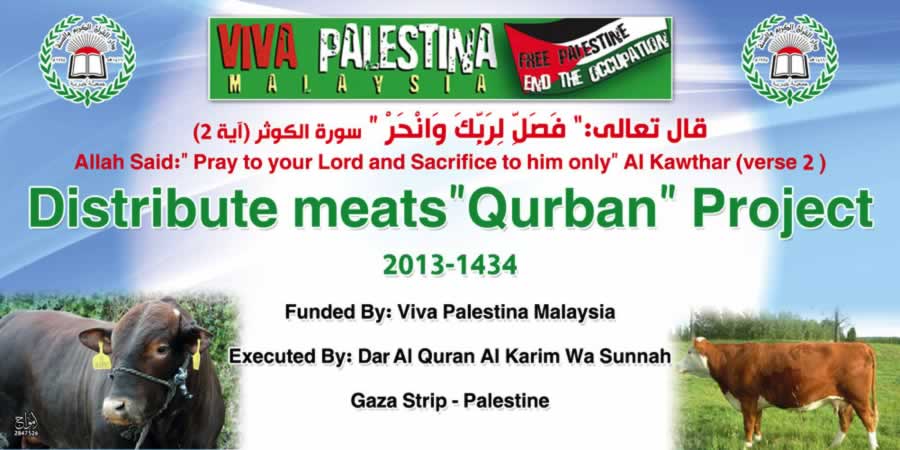 Council of Dar Al Qur'an Al Karim Wa Sunnah (DQWS) sends their most sincere regards to Viva Palestina - Malaysia, and highly value your efforts in supporting Qurban Meat Project – 1434 A.H. which helped to put a smile on the faces of poor and needy family in these holy days.

VPM's contribution funded 2 cows which were acquired from The Islamic Institution – Jabalia (ISJ), each cow weighted about 480 Kilogram and cost USD3,000 per cow. The cows were carefully checked to make sure they match Islamic Shari'a Qurban rules.
The project targeted 300 Qur'an Memorizing Groups' teachers (Mohafiz) who come from needy families of some poor background. Meat shares were equally distributed between both genders around Gaza Strip to all 14 branches of DQWS. 300 Kilograms of pure meat were given away to beneficiaries each receiving 1.5 Kilogram. 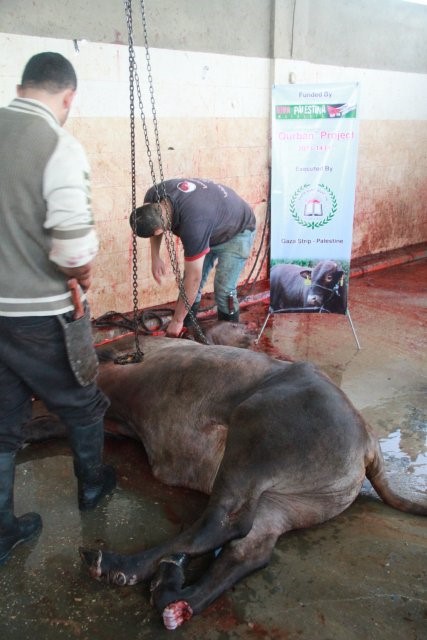 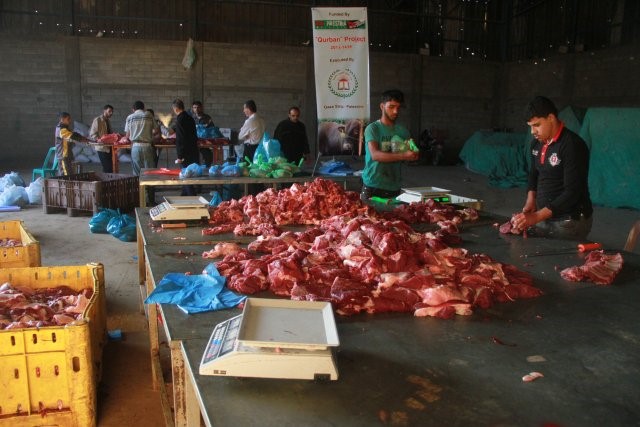 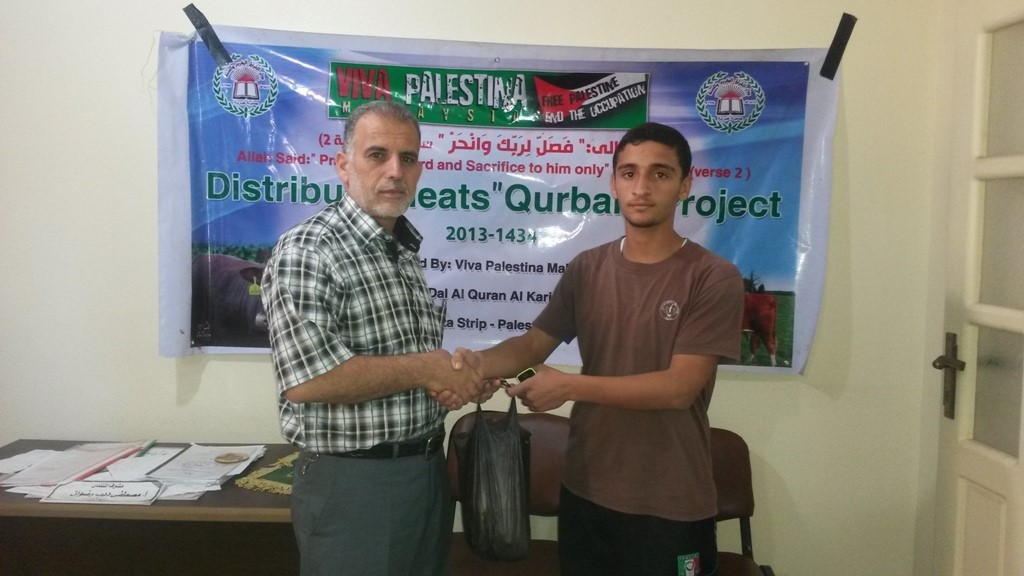 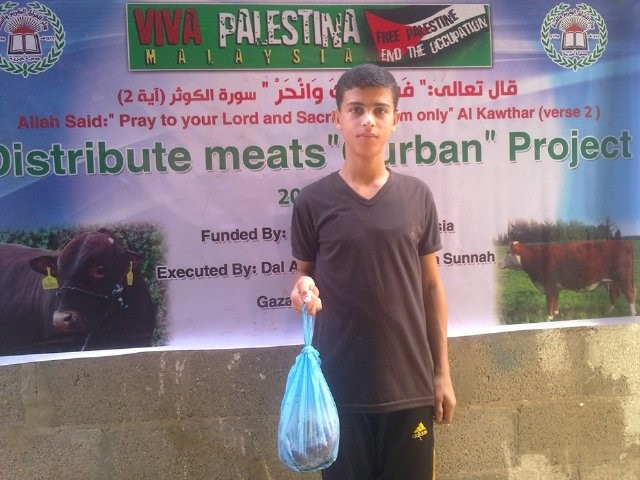