VPM had raised funds through collections at Mutiara International Grammar School and others and had used the fund to purchase emergency rechargeable lamps to be distributed to poor families in Gaza. VPM had sent USD8,000 for the rechargeable lamp project in Khan younis for 450 poor families. Our coordinator in Gaza managed to negotiate a good price and we had a balance of USD 1165 so we bought another 75 lamps and distributed to poor families in 2 other areas called Shaik Ridwan and Beach Camp. 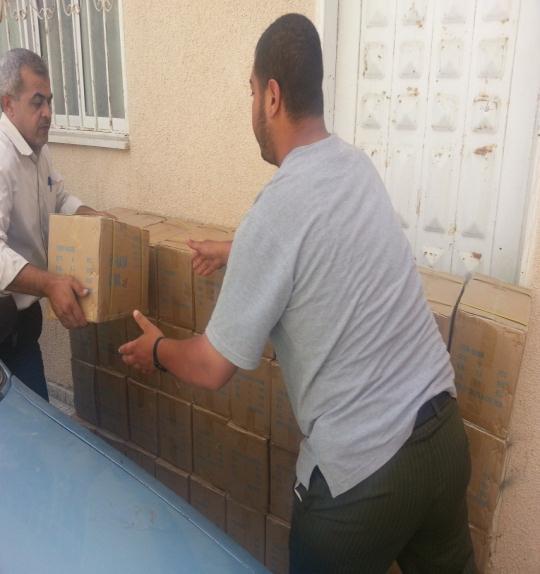 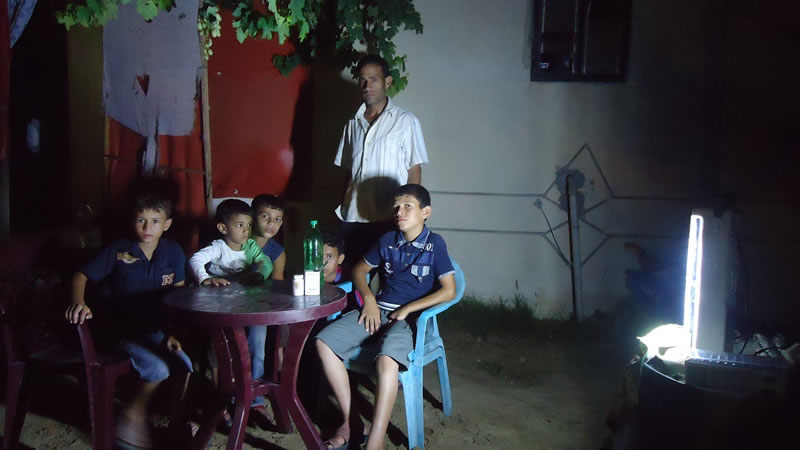 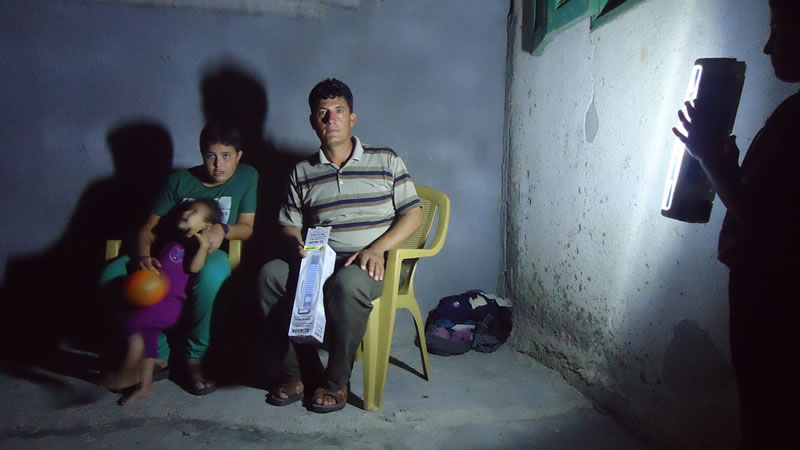 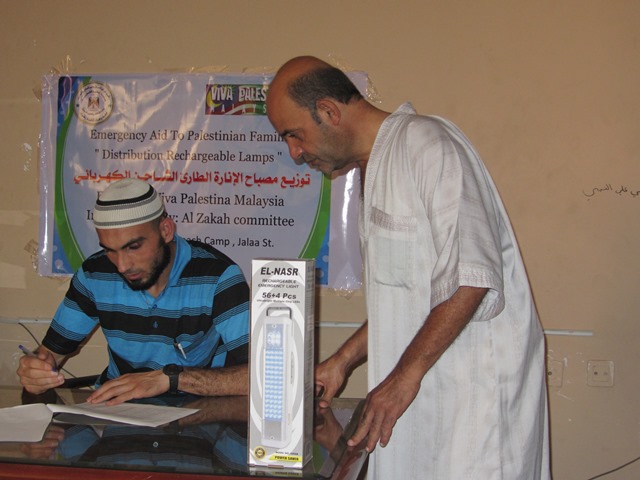 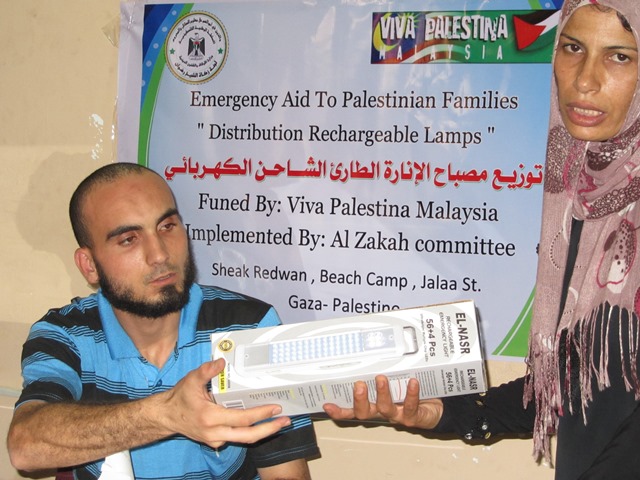 Report from our VPM representative in Gaza

The mechanism of distribution the lamps

 Al Najda will design poster for this project will show the name of VPM as donor and Al Najda as executer with the name of project "Emergency Aid To Palestinian Families - Distribution Rechargable Lamps ".
 By helping from the Al Najda branch in khanunes, the list of 500 names from beneficiaries will give to Al Najdah center to select the most needy families and make sure that no duplication in names of families.
 Al Najda will held 3 workshops for 450 beneficiaries (150 for each workshops), the goals from those workshops to make awareness about the risk of using the ancient tools of lighting such as fire and Candles, and to give them some advices to how use the safety tools in lighting when the electricity cut off, and the end of the workshop Al - Najda will distribute the emergency rechargeable lamps for beneficiaries.
Note:
 the workshops are my suggestion with Ahmed when he was in Gaza, because we believed the awareness for families is also important as like the importance of the lamps.
 I will attend to all workshops , and insha Allah I will talk in small speech about the project ,VPM and Malaysian people.
 As al Najda told me the project will finished within 10 days Insha Allah, and they will give us the lists of names.