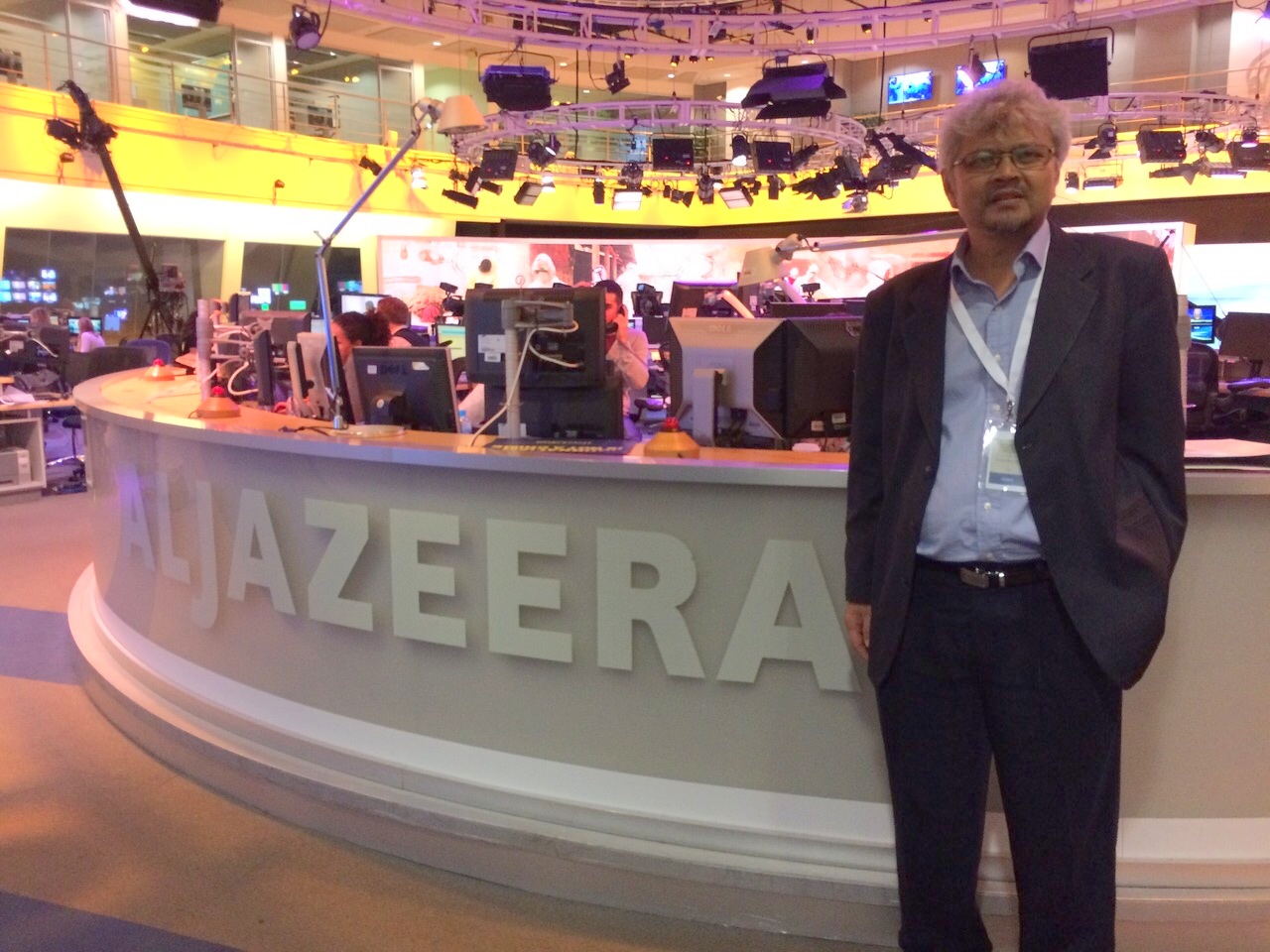 Doha - Representatives of more than 60 charities from 27 countries have gathered in Doha to raise funds for the redevelopment of the Gaza Strip and other aid for Palestinians. Delegates at the “First Humanitarian Forum to Support Palestinians” organised by the Qatar Charity are spending two days discussing the catastrophe facing Palestinians, not only in the besieged Gaza Strip but also the refugee camps in neighbouring countries. [Kia Ora Gaza's international solidarity aid partners are attending this important forum, including Viva Palestina Malaysia. Editor].

The forum is being held under the auspices of the Prime Minister of Qatar, HE Shaikh Abdullah bin Nasser bin Khalifa al-Thani, who attended the opening session on Wednesday. The need to disseminate information about the humanitarian crisis facing Palestinians, particularly but not exclusively in Gaza, is paramount following Israel’s latest invasion and ongoing military crackdown across the occupied Palestinian territories.

Pleas to lift the crippling siege on the Gaza Strip have fallen largely on deaf ears, one speaker told the audience, and with Egypt destroying the tunnels described by Western journalists as “Gaza’s lifeline”, the people of the coastal territory face enormous difficulties, with even basic necessities in chronic short supply. “This,” he added, “is no less than collective punishment, but who is holding Israel to account? While support for Israel from the US and EU is to be expected, why are China and Russia silent about what is happening to the Palestinians?”

While most attention has been focused on Gaza, for obvious reasons, the charities were reminded that the situation in the occupied West Bank and Jerusalem is also dire. Israel’s Judaisation policies in the Holy City have driven away almost two-thirds of the Christian population, said another speaker. Addressing the conference via a pre-recorded video message, the Imam of Al-Aqsa Mosque pointed out that the Israelis are undermining the Islamic identity of Jerusalem by their policies. Shaikh Dr Ikrama Sabri told delegates that this is not a Palestinian issue alone; it should be a major concern for all of the world’s 1 billion Muslims.

Appreciation was expressed at the support given by the government of Qatar not only in Palestine but also other areas of the world facing humanitarian disasters. Information about the relief efforts of the Qatar Charity was given to the forum participants, who are being urged to mobilise and donate as much as possible for Palestinians in desperate need.